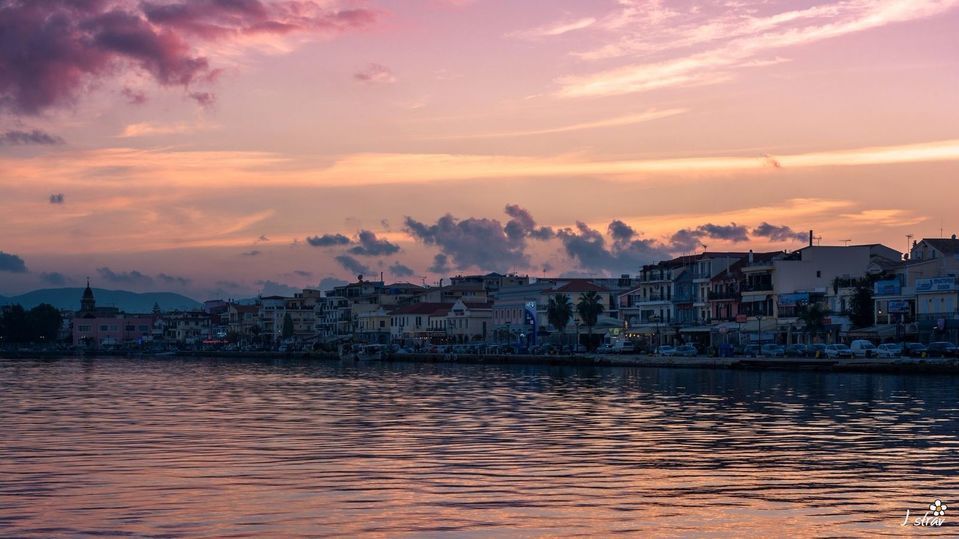 Through the centuries, Zakynthos has developed a rich culture, deeply influenced by the Renaissance and the Enlightenment period and along with the other Ionian islands managed to escape the Turkish occupation and the dark ages imposed on the remaining parts of Greece.  The Venetian conquerors influenced the inhabitants of the island in all aspects of their lives, particularly in the areas of the Arts , literature, architecture and culture to the extent where Zakynthos was referred to as ‘the Venice of the South’.

Literature
In modern times, literature starts to flourish in the 15 th century and is manifested both in poetry and in prose. Several works of Zakynthian authors were published in Venice and became famous both among Greeks and Europeans. As a result of this vivid interest in education and culture, the first Academy in Greece was established in Zakynthos in the early 17 th century. The 19th century is the golden age of the intellectual life of the island during which that two eminent Zakynthian poets, Andreas Calvos and Dionyssios Solomos, lived and composed. In 1864, the long poem of Dionyssios Solomos “Hymn to Freedom», set to music by the Corfiote Nicolaos Mantzaros, becomes the National Anthem of Greece. The brilliance of Dionyssios Solomos  highly influenced Greek Literature and led to the creation of the School of Eptanissa (Ionian Islands). Among the most important authors and poets we shouldn’t forget to mention the Italian poet Hugo Foscolo, of Zakynthian origin and Gregorios Xenopoulos, author, journalist and member of the Greek Academy.

Music - Kandathes & Arekies
Music is another important field of the culture of Zante. The “cantata” is a purely local music idiom, elaborated both in folk music and in pieces of known composers. The same happens with the “arechia” (a false pronunciation of the Italian term “a orrechio”, literary meaning “by the ear”), a kind of folk song in four parts. The continuous cultural exchange with the West, mainly Italy, has strongly influenced the music tradition and taste of the people on the island. Opera and operetta were beloved kinds of music in Zakynthos and constituted links between the nobles and the rest of the people.

The most traditional element of music in Zakynthos is the singing of the local Kandathes which are folk songs, and very often love songs. When Kandathes are sung by the people of Zakynthos they are beautiful and harmonious. Greek traditional folk music includes various styles. Apart from the common music found all around Greece, there are distinct types of folk music, sometimes related to the history or simply the taste of the specific places.

The Ionian Islands, of which Zakynthos, also known as Zante, is the most southern island, are well known for the traditional music called Kantadhes, Kandathes. These are traditional songs based on the popular Italian style of the early 19th century.Kandathes, Kantadhes are very often performed by three male singers accompanied by mandolin or guitar in Zakynthos.

These romantic songs developed mainly in Kefallonia in the early 19th century. Kandathes spread throughout Greece after the liberation of Greece. An Athenian form of Kandathes arose, accompanied by violin, clarinet and laouto. However, the style is accepted as uniquely Ionian. The island of Zante has a diverse musical history. Strong influences from Venice, Crete and elsewhere have penetrated the local songs of Zakynthos. A mandolin is usually accompanied by guitar when the Kandathes are sung in Zakynthos. Mandolins are musical instruments in the lute family and they are either plucked, or strummed. Mandolins descend from the mandore, a soprano member of the lute family.

Every song in Zakynthos has its own important place in the history of the island of Zante, especially the Kandathes, which can be heard in evening seranades, and at certain traditional tavernas while you are ion holiday in Zakynthos.

If you really want to experience a traditional Zante taverna while on holiday in Zakynthos, with Kandathes being serenated to you while you eat, you should try Arekia Taverna in Zakynthos Town.  Located on the right hand side of the main port road, as you head out of Zante Town towards Tsilivi, this is one of the most famous traditional style tavernas in Zakynthos. Here at the Arekia taverna in the summer you can sit outside under the stars on traditional Zakynthian bench tables. Food is served in traditional style, accompanied by traditional live singing of the Kandathes, with mandolin and guitar music and lyrical singing.

In Zakynthos all social events involving the local people of Zakynthos include dance and songs. Weddings, baptisms, name days, festivals and carnivals - all celebrations include dance and song in which all ages participate.The most common dance in Zante is the Sirtos. The Sirtos is danced with a lively rhythm, with accompaniment of musical instruments such as the tambourine, violin, guitar or accordion. Every village in Zakynthos has their own version of the Sirtos.

Some ancient dances are also still performed. For example, in the village of Agios Leon they dance the special Amoiris, depicting an unlucky woman, unfortunate in her marriage! This dance is performed with pantomime movements, each depicting moments from the life of the Amoiris, and her tyrannical husband.

Music and Dance remains an important part of Greek and Zakynthian culture. Make sure you take time during your holidays in Greece to experience a touch of this long and rich part of Greek popular history.

Theater
Theater, with strong influence by the Italian folk theater, also flourished on the island, especially during the period of Venetian domination. The conquest of Crete by the Ottomans (1669) assisted the development of theater in Zakynthos, as then many authors and other artists moved to the island. A local idiom has been created, where it is easy to detect the direct influence of the “comedia dell’ arte”, the Cretan theater of the period and the ancient Greek Drama. Zakynthians loved theater and during the Venetian domination theater was often part of the feasts of the noble class. Later on theaters were also established which presented many plays not only traditional, but also of contemporary local writers.

Art
The rich landscape and the artistic atmosphere of the island had stimulated several locals to deal with painting. Very soon some of the best-known religion painters of the period were of Zakynthian origin. Their works are still present in the Museums and the churches of the island. The initial influence from Crete resulted  in the formation of the Cretan-Zakynthian School, but soon after the School of Eptanissa (Ionian Islands) was formed, where the traditional Byzantine style was influenced by the Renaissance style of Italy. The most well known painters of this School were Panagiotis Doxaras, Nicolaos Coutouzis and Nicolaos Cantounis.

In more recent periods, several painters continue this great tradition of painting, the most important feature being the abandonment of religious features and emphasis on the esthetic part.Woodcarving is another field of creation for the people of Zakynthos. As there are many churches on the island, woodcarving became a popular field for creation, mainly for the non-nobles. Almost every church of the island has an icon screen where wood carving has become an excellent means of expression and artistic creation. Having such a long tradition in carving it is not surprising that the silver reliquary containing the remains of Aghios Dionyssios, the protector of the island, is a masterpiece of silver work.

Architecture
In an area where arts are always present, it is normal to have interesting buildings too. Despite the total destruction of the buildings in 1953, Zakynthos of today has a very original architectural style, which combines the tradition of all cultures that passed from here: the Byzantine religious architecture stands side by side with Venetian buildings, and the French bourgeois ideas are linked with the innovations of the period of British domination. Every sample of architectural style is present here: splendid mansions of old noble families, old and more recent churches, impressive monasteries, strong forts and arcades, but also simple urban and rural houses make an interesting scenic blend providing the island with its wonderful character.